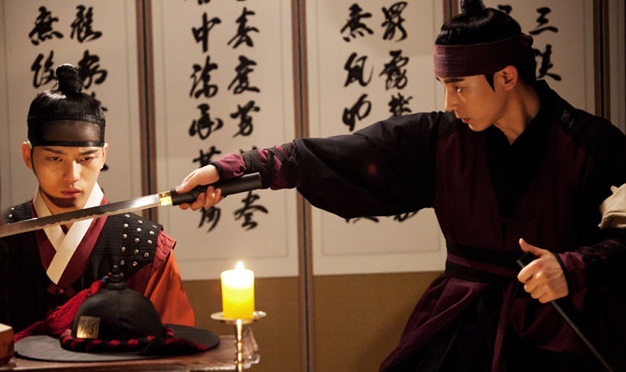 JYJ’s Jaejoong Spotted at the Arcade

JYJ’s Jaejoong and actor Jin Yi Han were spotted at a local arcade. On August 22, Jin Yi Han revealed four photos of the two casually playing video games at an arcade. Alongside the photo, Jin Yi Han wrote on his Twitter, “Bbyong, bbyong…Best concentration. This is what we’re doing.”

In the photos, the two stars are seen totally focused on the games, without getting noticed by other bystanders. In two of the shots, Jaejoong even took off his glasses, showing intensity over the game. His posture and focus on the game is in stark contrast to Jin Yi Han, who makes selca poses in two of the shots.

Netizens commented, “You two are close even after the end of ‘Dr. Jin,” “Why are they wearing shades at the arcade?” and “I love those pants Jaejoong.”