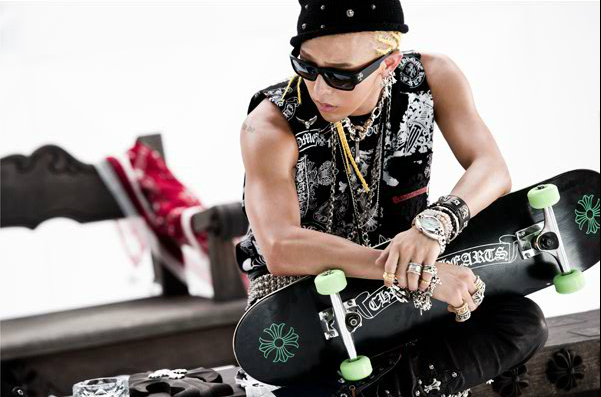 G-Dragon Unleashes MV for “One of a Kind”

After releasing a 30-second teaser on August 22 and tweeting a still cut picture through his personal Twitter account on August 24, G-Dragon has released today, August 25 the full music video for his new song, “One of a Kind.”

The still cut portrayed him with his newly blonde corn row hairstyle and it made his fans eager to see the new concept behind his solo comeback.

The video has a hip-hop vibe to it, just like the kind of style G-Dragon likes to put in his songs and it also had a very special features such as Big Bang‘s Taeyang and little baby animals such as the tiger and bear.

This song is part of G-Dragon’s first solo album in three years, following the release in 2009 of his solo debut album, “Heartbreaker.”

Meanwhile checkout the video down below!

G-Dragon
One of a Kind
How does this article make you feel?