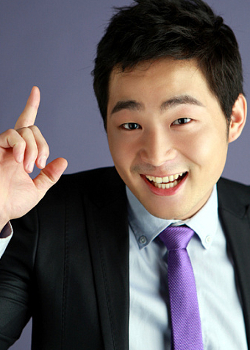 Actor Yoon Bong Gil, who plays the bumbling but good-hearted junior police officer in KBS drama “Bridal Mask,” posted a photograph with fellow actors Joo Won, who plays the dual roles of Lee Kang To and Bridal Mask, and Park Ki Woong, who plays the once pure-hearted but turned-to-the-dark-side Kimura Shunji, on his Me2Day account.

Actor Yoon Bong Gil plays a junior officer Abe Shinji who provides comic relief in the drama as the junior officer torn between his good heart and his duties as a junior police officer of the Japanese government.

Netizens who viewed the photograph responded: “On the set, Yoon Bong Gil is a popular man,” “This photo is really a reversal.”