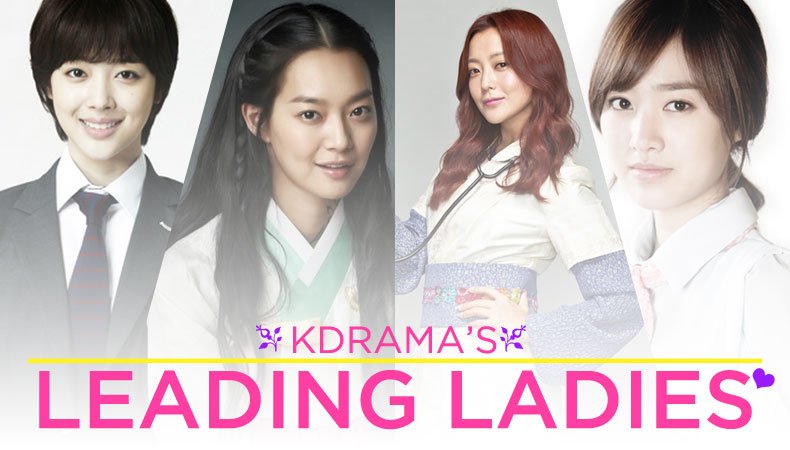 The Ladies Who Make Dramas Worth Watching

Sure there are a lot of good-looking guys on TV these days, but there are also plenty of funny, quirky, and strong women who really spice up the shows. Click through the gallery to see some of the cutest and hottest female actresses that light up the screen these days!

One of the iconic ladies in the nineties, Kim Hee Sun makes her small screen comeback as plastic surgeon who gets kidnapped and sent to the Koryeo era. Within six episodes, she has managed to erase any traces of her past innocent fairy image, replacing it with a goofy, yet realistic doctor who knows how to handle her knife – scratch that scalpel.

A first year intern who is also the heiress to a foundation that owns several hospitals and a medical school, Kang Jae In isn’t not the type to depend on her wealthy father or the one who seeks a comfortable lavish life. She simply chose to become a doctor because she enjoys healing and taking care of people.

She’s bubbly, positive, and outgoing. Oh, and she’s also the daughter of a former gang leader. She currently works with her uncles in their family-owned fish and seafood market.

Sulli – “To the Beautiful You”

Sulli plays an extreme fan girl of champion high-jumper Kang Tae Joon, who is suffering from an all-time low after suffering from a career-threatening injury. Because Tae Joon inspired her in her darkest and hardest times, she feels its her duty to help revive his career. As such, she impersonates a guy to attend Tae Joon’s all boys high school.

Outwardly, she’s bright and cheerful, however, she lives her life suppressing her loneliness and despair. Whenever she starts to feel despair, she reminds herself that she is the daughter of the leader in the independence army and holds herself strong.

Who better than Shin Min Ah to play an irresistibly adorable ghost? Shin Min Ah is no stranger to playing non-human characters, having played a gumiho (a nine-tailed fox in the shape of a beautiful woman who lures men with her charms and then eats their livers to become human) in the drama prior to “Arang and the Magistrate.”

Kim Nam Joo is undoubtably the best person to play the role of a confident woman who doesn’t bend to the unreasonable traditions of in-laws. An icon to Korean woman in their thirties, Kim Nam Joo’s Cha Yoon Hee is a smart woman who’s able to draw a fine line between her in-laws and her life without being excessively rude to her mother and sister-in-laws while maintaining peace.

Faith
Arang and the Magistrate
Bridal Mask
To the Beautiful You
Golden Time
You Rolled in Unexpectedly
Haeundae Lovers
soompi gallery
How does this article make you feel?