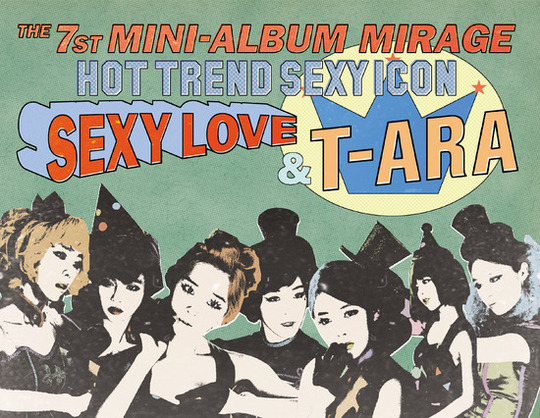 T-ara will return with their seventh mini album, “Mirage,” on September 3.

The song was initially set for release in August, but due to the recent Hwayoung incident, the release date got pushed back 3 weeks. “We were planning to release ‘Mirage’ in August as a follow up to ‘Day by Day,’ much like we did with ‘Lovey Dovey’ after releasing ‘Cry Cry’ last year. But after the recent controversy, we decided to delay our comeback 3 weeks,” CCM told local media.

It continued, “T-ara remained silent the past month because they thought personal differences should remain private. But misunderstandings brought false reporting, so all the T-ara members went public with an apology.”

“In fact, Hwayoung and T-ara members apologized to each other and also had a meeting to better understand each other,” it said.

Shortly after the release, T-ara is scheduled to go on an Asian Tour, visiting Hong Kong, Malaysia, Indonesia, and Japan. But before that, they will first make their comeback stage through KBS “Music Bank” on September 7.

Stay tuned to Soompi and Soompi Shop for more updates!

Hwayoung
T-ara
KPLG
Day by Day
mirage
How does this article make you feel?