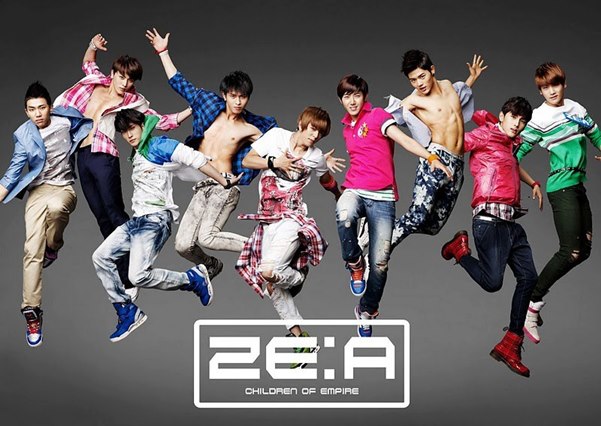 Here is more great news for K-Pop fans in Malaysia!

Get ready for ZE:A because they’re coming to Malaysia this November! This will be their second visit since 2010. They will hold a showcase at Kenanga Wholesale City (KWC) on November 10, 2012, at 7.30 p.m. Tickets can be purchased from September 3 at 10 AM.

Good news to all the fans, as the first 200 fans who buy the VIP ticket (zone Z) will get a chance to be on stage to get an autograph from ZE:A. There will be also a “Lucky Draw Session” for everyone to have a chance to play and to interact with ZE:A on the stage.

* Ticket price including RM3 processing fees
ZE:A, also known as Children of Empire, is a 9 member boy band formed under Star Empire Entertainment. Memebers include Junyoung, Hee Chul, Kevin, Tae Heon, Kwang Hee, Min Woo, Siwan, Hyung Sik and Dong Jun. ZE:A’s “Lovability” album got into second place in the highest sales ranking in Taiwan 2011. According to the G-Music Billboard charts, ZE:A is the number one selling K-Pop artist in Taiwan 2012. They have also ranked high in the country’s other music charts such as Five Music and eZPeer. Lastly, their song “Daily Daily” has topped Japan’s charts (Channel V) in its respective category, which has further established their place in the music world.

Come and join the boys at Kenanga Wholesale City to enjoy their loveable and spectacular performances that will definitely melt your heart.

Stay tune with Jazzy Group Facebook, Jazzy Group Twitter, official radio station One FM & Hot FM, and official Tv station 8TV for their latest news update. Hurry up to book for your tickets by email to marketing@jazzygroup.com or call to +603-56221600.

Malaysia
Overseas Activities
ZE:A
showcase
How does this article make you feel?