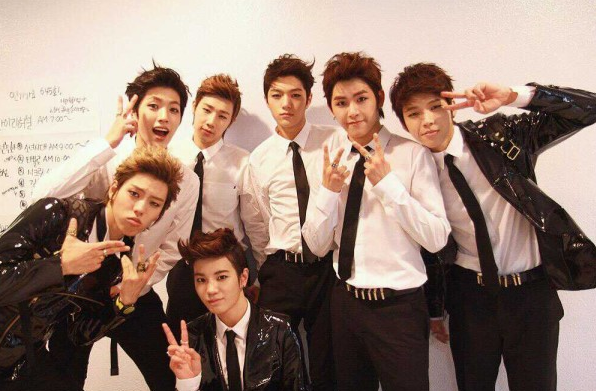 Infinite burst onto the entertainment scene only two years ago, but the group has already made a splash in both music and acting.

Hoya is currently acting as the part of a high school student with a secret unrequited love on his best friend in word-of-mouth tvN hit drama “Answer Me 1997” with Seo In Guk, A-Pink’s Jung Eun Ji, former Sechkies idol and ”1N2D“ star Eun Ji Won, and Shin So Yool.

Below are selected excerpts from the interview.

Woohyun: “Even though we have a lot of moments where we are lax, actually even as we have our moments where we go back and forth with each other [arguing], that we can get along together well as if we’re brothers, Sunggyu plays a big role.”

Hoya: “When I was little, my dream was to become an action movie star…. But, as I grew up, I developed an interest in dancing and naturally started training and practicing, and forgot about my acting dream. I came to focus only on becoming a singer. But, deep in my heart, my dream about acting still remained.”

Woohyun: “We tease our youngest member [Sungjong] a lot…. Poor Sungjong… We enjoy playing around too much.”

Hoya: “I think we keep teasing him because Sungjong’s reaction is too good. But, it’s not that we only tease Sungjong, every week it seems to change…this week, who was it? Was it Dongwoo?”

Hoya: “Truthfully, not having a private life is a little difficult.”

Dongwoo: “Even if we are not doing broadcasting activities, we get chased, and so not having privacy.”

Sungjong: “Sunggyu, because he’s the leader, plays around a lot to bring the mood up [to help the members stay happy]. But, as I am also a person, when the teasing of me goes overboard, there are times when I burst into anger. There are many times when Sunggyu doesn’t realize I’m reaching my limit and keeps playing around.”

L (Myungsoo): “It’s true that I am the quiet type, but I don’t have a cold personality. If you watch me doing music activities, my concept is to match with the song and atmosphere. But, as I am focused on that, there is room for misunderstanding.”

Sungyeol: “[On being told that other members said they didn’t have a lot of interest in getting a girlfriend and asked if he felt the same] For now, because I am too busy, I don’t time.”

L (Myungsoo): “Truthfully, just amongst us, for us to have fun, there is not enough time, but it is also a lot of fun.”

Infinite made their comeback earlier this year with new mini album “Infinitize” which is available for purchase on Soompi Shop!

Can’t get enough of Infinite? Make sure to check out Infinite’s Thread on the Soompi Forums.