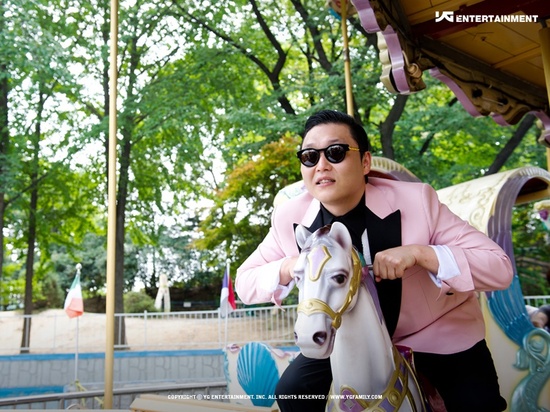 PSY has set another new record, ranking #1 on Billboard’s Social 50 chart this week. Other artists ranked below PSY include One Direction, Taylor Swift, Justin Bieber, Rihanna, and Katy Perry.

Billboard describes its Social 50 chart as “A ranking of the most active artists on the world’s leading social networking sites. Artists’ popularity is determined by a formula blending their weekly additions of friends/fans/followers along with artist page views and weekly song plays, as measured by Next Big Sound.”

Earlier this month, PSY became the highest-ranking K-Pop artist on the iTunes Top 100 chart last week, debuting at #44 with his “Gangnam Style.” He was also the first K-Pop musician to top the iTunes music video chart.

Meanwhile, PSY just recently returned to Korea after holding meetings with Justin Bieber and his representative Scooter Braun in the U.S. He is scheduled to fly back to the States in September for a follow up meeting.