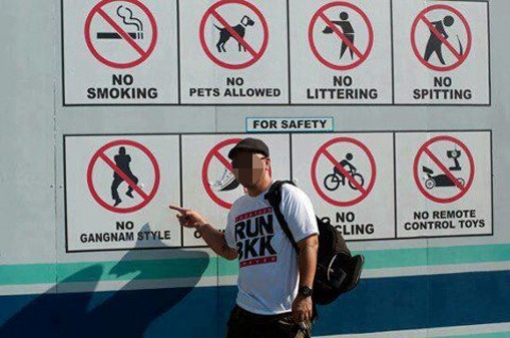 Are you sick of “Gangnam Style”…yet?

Even though it’s the most watched video on youtube this month, tweeted by many A-list American celebrities and covered by many well-known news stations world wide, there is someone out there who wants the song banned!

The man posing in the picture is blurred out and the location is not given. But whether it’s real or photoshopped just for laughs, it’s having people talking.

“This is the strength of Hallyu,” “This is hilarious,” “Psy is taking over the world,” “Where is this? LOL” are just a few of many reactions.

So what do you say? Should we stop dancing to “Gangnam Style” for safety reasons?