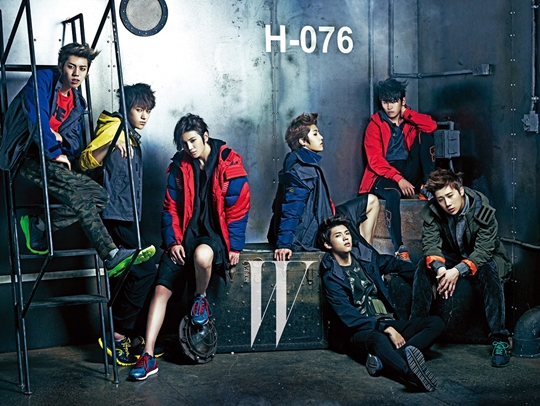 Infinite is looking tough for a spread in “W Korea” magazine this month!

Donning clothes from HEAD Sports’ Fall/Winter collection, the boys take on a different image from their usual charming personas to take on a serious vibe. They are rocking the sporty look with their tough looks for the shoot.

Infinite has been pretty busy these past few weeks. Last month, they had a series of summer concerts at AX Korea. They are currently in Japan promoting their latest Japanese single, “She’s Back,” which was released last August 28. It was also announced that they will be performing at the “Incheon K-POP Concert 2012” on September 9 with other idols such as BoA, SHINee, Kara, and 4minute to name some.

INFINITE
KPLG
W Magazine
How does this article make you feel?