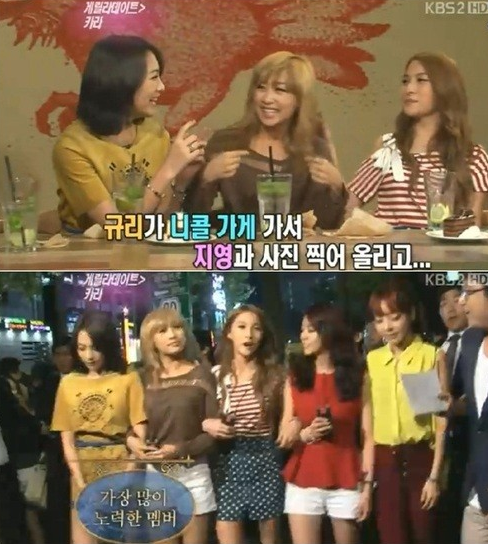 Kara Talks About the Difficulties Of Being Female Idols

Kara recently discussed the difficulties of living as a female idol.

On the most recent episode of KBS 2TV’s “Entertainment Relay: Guerilla Date,” Nicole said, “As we prepared for our comeback, Gyuri and I often said that it’s very difficult to live as female idols.” She explained, “It’s so hard to take care of and maintain everything.”

To this, Gyuri added, “We are envied as a female idol, but it is a difficult position because we are also very criticized.” She also added, “I had a hard time because of the intense dieting.” She said that had she not been in Kara, she would have become a food blogger and eaten as much delicious foods as she wanted.

Gyuri, however, brought laughter to the scene by concluding, “If I were to be born again, I would like to be born as a male idol group member.”