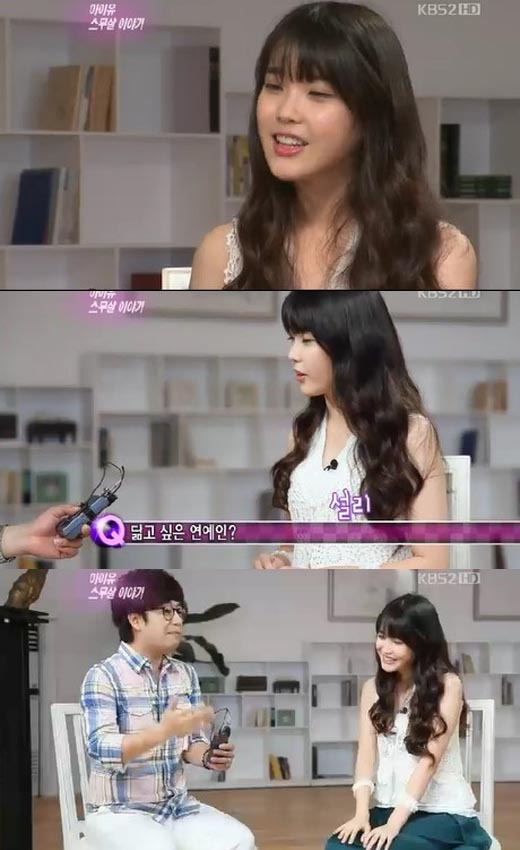 IU has revealed her support and interest in f(x) and actress Han Ji Min.

The KBS 2TV’s “Entertainment Relay” team visited IU at a cosmetic commercial shooting on the most recent episode aired on September 1.

On this day, IU picked BIG BANG‘s Taeyang as her ideal type. And she said that among her peers, she liked Sulli the most. She also truthfully added that if she were a male, she would choose Sulli.

IU additionally mentioned that, “Han Ji Min is Korea’s prettiest actress,” and chose the actress as the person she wants to resemble the most.

Meanwhile, IU revealed that she was never into working out, but that as of late, she has thought she should work out and showed her determination to work out.