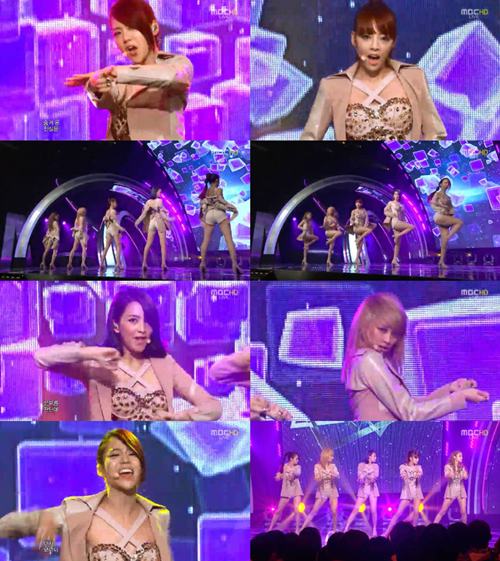 Kara‘s optical illusion/nude outfits have caught some viewers by surprise. With their comeback performances lined up over the weekend for their latest mini-album “Pandora,” Kara has shown off their daring optical illusion outfits on several music programs.

The nude tone of the jumpsuits have an optical illusion effect so that at a glance, their stage outfits look like lingerie. The jewels and and rhinestones emphasize the curves of the girls’ bodies, and the provocative and sexy choreography adds to the effect.

Viewers have shown mixed responses to the outfits with comments such as, “Sometimes it’s embarrassing to even look at them,” “Is their stylist an anti-fan?”, “I think it’s pretty,” “I can understand it since it’s a team concept,” and more.

What do you think of their outfits?

KARA
Pandora
Optical Illusion
How does this article make you feel?