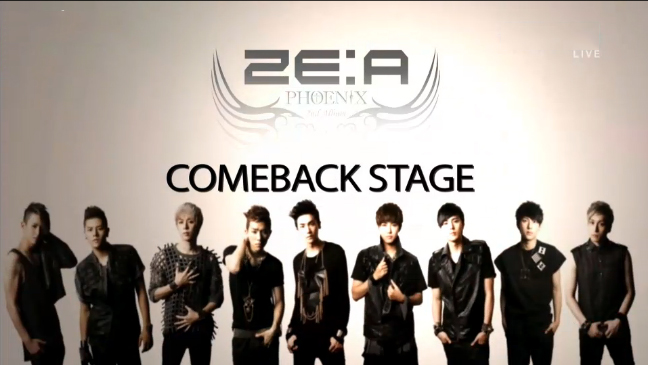 ZE:A completes their first weekend of comeback stages for “Phoenix” with their performance today on Inkigayo.

Despite recently finishing up promotions for “Aftermath” from their Korean album “Spectacular,” they quickly make a comeback in both Korea in Japan.

SBS Inkigayo
ZE:A
How does this article make you feel?