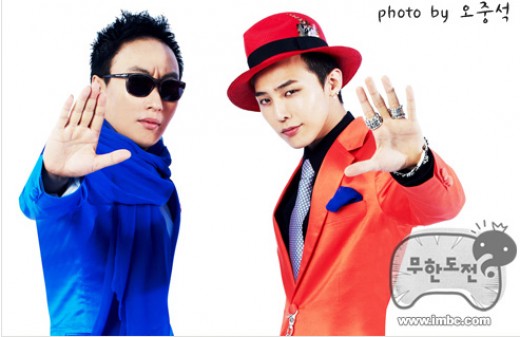 The reason G-Dragon chose “Infinity Challenge” over other shows is because of his personal attachment to the show. G-Dragon is known to be a huge fan of “Infinity Challenge,” and that was enough reason for him to accept the guest appearance request, reports said, as he usually doesn’t make much variety show appearances.

In fact, this is G-Dragon’s third time appearing on “Infinity Challenge.” Last year, he debuted “Having an Affair,” his duet track with Park Myung Soo, through “Infinity Challenge,” which resulted in being the highest selling song of the year. He also joined the “Gangs of New York” episode earlier this year.

The episode with G-Dragon is expected to be broadcast in mid-September. Meanwhile, G-Dragon is set to release his new solo mini album, “One of a Kind” on September 15.