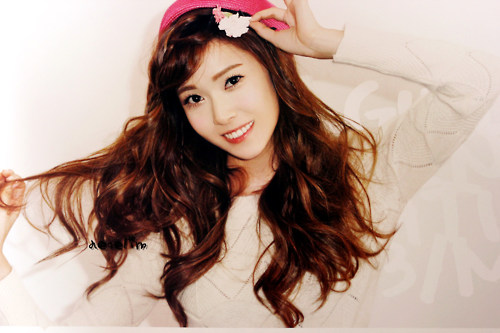 Jessica from Girls’ Generation will lend her voice to a 20 billion won (approx. 17.37 million dollars) drama.

The KBS blockbuster drama, “The Great King’s Dream,” will broadcast the first episode on September 8 and it’s been revealed that her soundtrack “Heart Road” is the main title song. She has recently finished recording the track and this will mark her debut into historical drama O.S.T genre.

“Heart Road” is composed by none other than Kim Jun Bum who previously penned Taeyeon’s “If” for the historical drama “Hong Gil Dong,” and music director Lee Chang Hee. A grand 40-member chorus was involved in the recording to match the epicness of the drama. Their grandness will mesh beautifully with Jessica’s bright and high tone.

On September 2, a minute of “Heart Road” was revealed during the broadcast of “The Great King’s Dream” special. It’s interesting to note that just Jessica’s singing portion of the broadcast is circulating around the internet showing her great popularity and high anticipation for the song.

“Heart Road” will be released on music sites on September 7 at noon.

Jessica
KPLG
Heard Road
The Great King's Dream
How does this article make you feel?