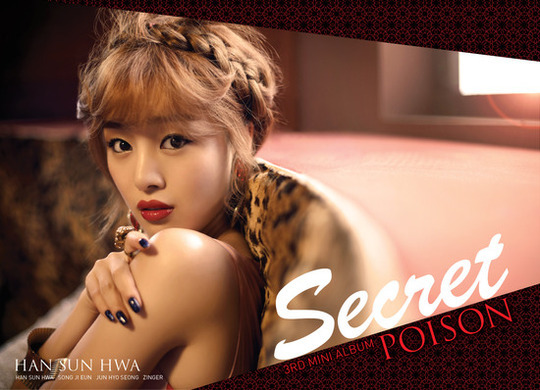 On September 6, the teaser photograph of Secret member Han Sun Hwa for Secret’s comeback has been released.

In the photograph, Secret’s Han Sun Hwa peers over her slender shoulder exuding a sex kitten charisma. Her light brown hair is styled in a milkmaid braid combined with her red lips contributes to the innocent but sexy image.

Secret will be making their comeback with third mini album “Poison” which will be released on September 13.

In other news, Secret’s Sun Hwa has been confirmed to be ZE:A member Kwanghee’s variety/reality wife on MBC show “We Got Married.”