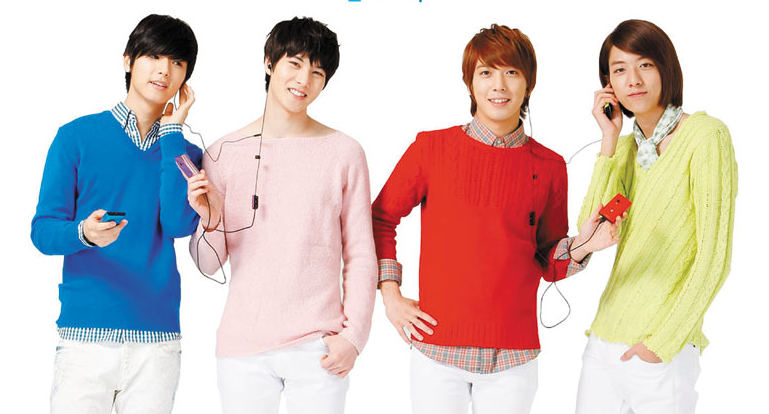 Afterwards, Lee Jung Shin tweeted, “Everyone, I finished my first filming for ‘My Daughter Seo Young.’ Thank you to all the fans who stayed very late. I was able to film happily because of you. Thank you to my fellow members who dropped by even when they were busy! Thank you to all the staff for their hard work,” and attached a photo of himself with his band. In the photo, the four singer-actors smiled for the camera, holding up peace signs.

Netizens commented, “CNBlue members are so supportive of each other,” “Congrats on making your acting debut Lee Jung Shin,” “They look great,” and more.

In “My Daughter Seo Young,” Lee Jung Shin will play Kang Sung Jae, a haughty, rebellious high school student who spends more time focusing on his appearance than studying. He will end up falling in love with his tutor Seo Young, played by “The Equator Man’s” Lee Bo Young. “My Daughter Seo Young” is about a daughter who cuts ties with her poor family and incompetent father to fulfill her dreams.