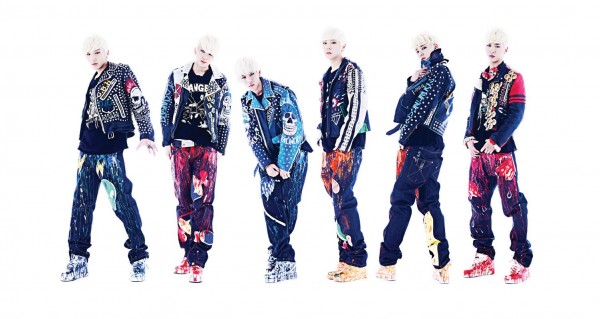 B.A.P’s Him Chan Passed His Audition in Three Seconds

It’s been revealed that Him Chan from rookie group B.A.P has passed his audition within 3 seconds.

On September 4, B.A.P guested on MBC radio program “A Date With Ju Young Hoon at 2.”

During the broadcast, DJ Ju Young Hoon asked the B.A.P members, “Just like your newest song ‘Daebak Moment,’ what was your biggest daebak moment?” Everyone replied together, “Becoming B.A.P.” DJ Ju Young Hoon further asked, “How did you guys become B.A.P?”

The members replied, “First, leader Bang Yong Guk was the first to be chosen. Then, main vocals Jung Dae Hyun and Yoo Young Jae were included for their vocals. Zelo and Moon Jong Up were picked during auditions to be in the group for their powerful raps and dances.”

They added, “However, Him Chan’s case was much different. He passed his audition at a meeting.” DJ Ju Young Hoon praised his visuals with, “Ah, so that’s why it was three seconds. I heard that even before he had to sing, he got an okay.”

Soompiers, auditions are held so the agencies can screen and find talent. Him Chan didn’t have a chance to show anything before he was accepted into the company. Do you think it was a smart move for the company? B.A.P fans, is he talented? Share with us your thoughts!