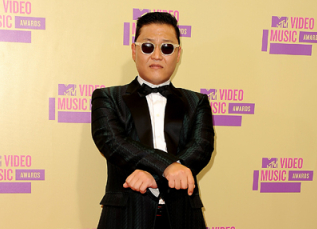 At the MTV VMA pre-party show, British boy band The Wanted during their performance introduced Psy as having the biggest amount of numbers for his video on YouTube ever and asked their fans to give Psy a nice welcome. The Wanted is also an act under Island Records and managed by Scooter Braun.

The track for “Gangnam Style” started, and Psy starts rapping and singing. The Wanted boy band members spread out behind backup dancer style and once the chorus begins, the boys join Psy in the horse dance.

Psy performed the now instantly-recognizable horse dance of his hit single “Gangnam Style” at the MTV Video Music Awards twice with MTV VMA host Kevin Hart and with The Wanted.

On September 6, the 2012 MTV Video Music Awards was held in Los Angeles at the Staples Center and aired to over 600 million households through MTV’s network channels and syndication.

Watch the fan cams on Soompi!