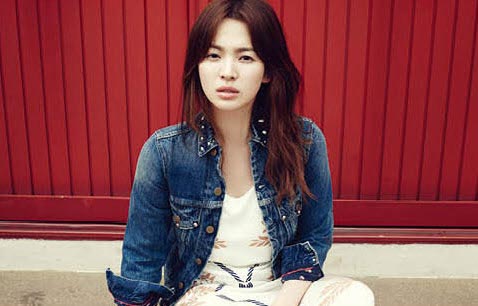 Her photo-essay book “Hye Gyo’s Time” became available on August 30 and in just a week, it ranked high in the non-fiction bestseller list.

Through her book, she’s able to make commentaries on the photos she took during her vacation and truthfully discuss about romance and marriage. As a woman who’s around the age where many people look for lifelong companionship, she has stepped up as an opinion leader and a voice for society.

Song Hye Gyo shared her thoughts about actors, “Isn’t it right for an actor to be mysterious to an extent? That’s how the audience can watch the actor, but see the character. If too much of private life is revealed, it’s hard to be able to see the character. They will see the actor instead.”

She revealed that she doesn’t want to be known as “Song Hye Gyo” when in character. She explained that she purposefully doesn’t talk about her personal life so that it doesn’t interfere with audiences’ view of her characters. She also added that a good work is produced when both the actor and the audience is immersed in the character.

Soompiers, do you agree with her philosophy that knowledge about actors’ private lives hinder their performance on screen?

Song Hye Gyo
KPLG
How does this article make you feel?