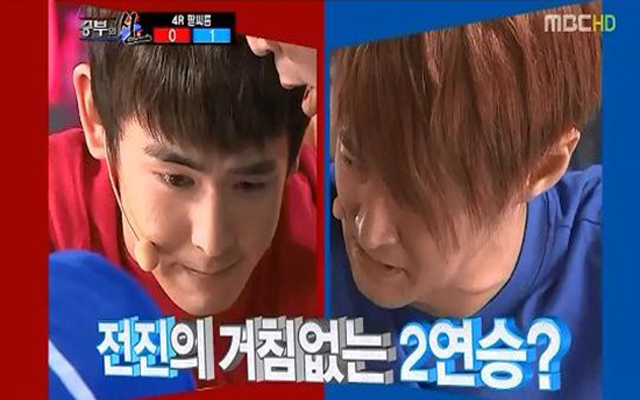 On the September 9 broadcast of MBC‘s “God of Victory,” Shinhwa and 2PM challenged each other to a game of arm wrestling. Nichkhun, who has ceased all activities because of his involvement in a car accident, made an unexpected appearance on the show.

Prior to the broadcast, the production team of “God of Victory” announced that they would edit out Nichkhun from the show because of the DUI-motorcycle controversy and fear of being flooded by Netizens complaining on their board. Despite their initial intent, the production team decided to keep Nichkhun’s footage for the sake of the episode and the game since he had a lot of screentime.

Nichkhun engaged in an arm-wrestling game with Shinhwa’s members Junjin, Minwoo and Eric and successfully won every match. However, he was beaten by Andy. Although 2PM won five to two against Shinhwa, since only 4 members of Shinhwa competed compared to 2PM’s 6 members, the people who were supporting Shinhwa got cars as prizes.

2PM
MBC
Nichkhun
Shinhwa
God of Victory
How does this article make you feel?