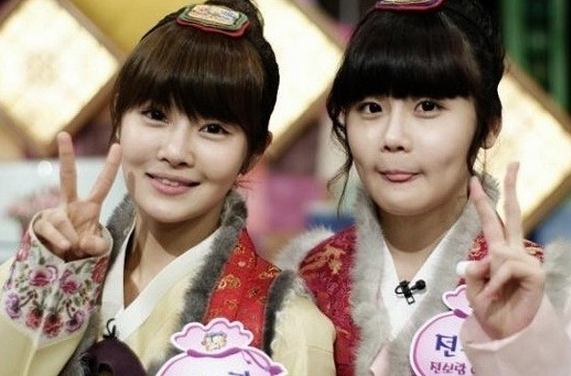 D-Unit’s Ram shed tears as she talked about her sister. Both D-Unit and T-ara appeared on Saturday’s episode of MBC’s “Music Core.” It’s been said that the two caught up with each other backstage and that Ram expressed her concerns for her sister’s health.

Ram said, “My sister lost so much weight. She’s gotten so thin that she looks emaciated. She was extremely troubled and worried about the T-ara controversy, and I don’t think she was able to eat because of that.”

Boram replied, “It’s nothing to worry about. I’m doing well, so don’t worry about me.” Ram continued, “With articles related to T-ara popping up day after day and with the public showing so much negativity, all the members were probably anxious and uneasy.”

After a brief break following the controversy, T-ara recently came back with “Sexy Love.” However, the public remained cold and critcal towards their comeback.

A representative of D-Unit stated, “Boram and Ram are sisters, and they are extremely close with each other. It’s nice to see them care and support each other. Ram has been extremely worried when she saw her sister looking so frail. We hope both sisters stay healthy and work hard.”