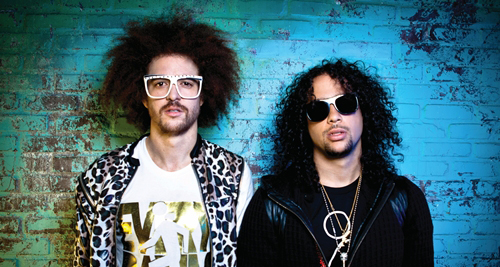 Psy is on a roll! And that is a big understatement.

LMFAO of the mega-popular “Shuffle Dance” has got “Gangnam Style” fever. On September 8, they’ve shared a link of a remixed version of Psy’s mega-hit song through their personal facebook page and twitter and left a message: “Check out #PartyRock… Gangnam Style! http://bitly.com/PartyRockGangnam”

There is a mashed up a video to go along with the remix. The video title shows where else they’ve drawn influences: “Like A Bad White Guy Party Gangnam Style- PSY, LMFAO, Dev, Offspring, Bloodhound Gang.”

Psy has recently went to the U.S. to attend MTV’s VMA and even had the chance to perform his famous horse dance on stage with other well-known musicians. He wrote on his twitter after the experience, “I wanna be here every year if possible~! Like how many people are worried that this fame is temporary, I’m still going to work hard.. because all of this will pass when the time comes anyways.. ^^”

It’s been 50 days since Psy has released “Gangnam Style” and now it has reached over 131 million views.

Soompiers, is Psy really LMFAO of Korea like how some netizens mentioned? What do you think of the remixed version?

LMFAo
PSY
KPLG
Gangnam Style
How does this article make you feel?