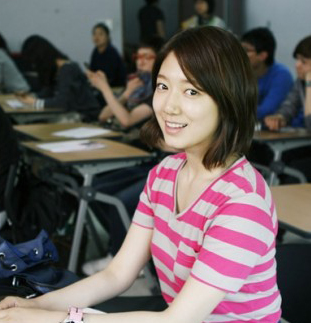 Actress Park Shin Hye gave thanks to her fans by posting a photograph of their generous gift and herself online.

On September 9, Park Shin Hye’s fans sent 160-persons worth of samgyetang (chicken stuffed with sweet rice, dates, garlic, and ginseng soup), fruit boxes, and coffee to the set of her currently shooting movie entitled “December 23” which is directed by Lee Hwan Gyung.

On September 10, Park Shin Hye posted the photograph on her Twitter account with the following words: “Thank you. Thanks to my fans, we are eating delicious food, healthy food, and were able to happily shoot the film. ^^* I will also work hard on the remaining scenes to shoot. Please encourage me.”

Park Shin Hye plays a law student in the film whose mentally handicapped father is falsely accused and convicted of a crime, and she decides to prove his innocence.

Park Shin Hye
twitter
KPLG
How does this article make you feel?