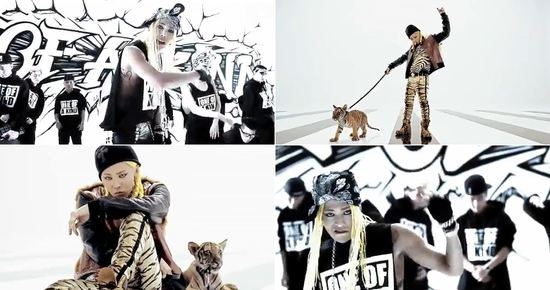 G-Dragon to Make Comeback Stage on This Week’s “Inkigayo”

G-Dragon’s solo comeback stage is confirmed to be this week’s SBS “Inkigayo.” For the September 16 show, he is expected to perform “One of a Kind” and his title track, “Crayon.”

“One of a Kind” has attracted over 11 million clicks since its MV release on YouTube. “Crayon,” on the other hand, has not been revealed yet, although inside rumors say it’s a trendy hip-hop track. As reported earlier, the title, “Crayon,” is a combination of the words “Crazy” and “G-Dragon.”

Since it’s G-Dragon’s first solo performance in nearly 3 years, expectations are high for the quality of his live stage. G-Dragon is known for creating spectacular stages and fans are already anticipating it to be one of his best performances.

Meanwhile, G-Dragon’s new solo album, “One of a Kind,” is set for release on September 18, while the songs will be made available online starting September 15. You can pre-order the album at Soompi Shop here!

Big Bang
Crazy
G-Dragon
KPLG
Inkigayo
One of a Kind
How does this article make you feel?