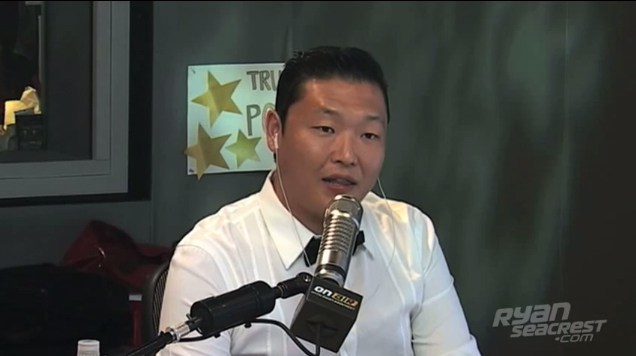 He mentions that he has no idea of how big a hit “Gangnam Style” has become and wonders why he is here (in America). He also shares an interesting story when he began studying at Boston College. In part 2, PSY talks about the song, how he was discovered by an American label and K-Pop.

In closing, PSY said that the concept for “Gangnam Style” was to “dress classy and dance cheesy.”

PSY
KPLG
Ryan Seacrest
How does this article make you feel?