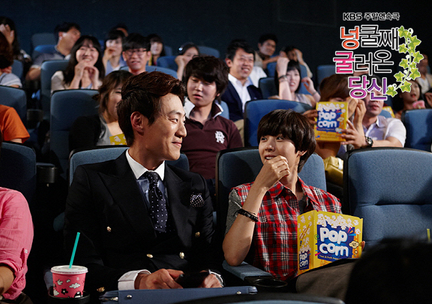 In 2006, at a beauty event, actress Jo Yoon Hee does not focus on her eye makeup but instead allows her clear, beautiful skin to take center stage, making her look even younger, with a point given to her lip tint and blush.

In 2010, actress Jo Yoon Hee played the role of a once-prima ballerina who falls in love with her married stepbrother played by actor Lee Tae Gon in the MBC drama “Golden Fish.” In the drama, Jo Yoon Hee displays her trademark nude makeup look which is a barely-there look with nude lips and matte skin.

In 2011, actress Jo Yoon Hee plays a display designer who is the former fiancée of a rich hotel CEO who is played by actor Kang Ji Hwan in the SBS drama “Lie To Me” which also stars actress Yoon Eun Hye. Jo Yoon Hee again shows off her nude makeup look but makes the look brighter by adding a pink or orange lipstick as a point.

In 2012, actress Jo Yoon Hee shows up at the MBC Acting Awards looking golden and bright, with a blusher adding to her glow.

In 2012, actress Jo Yoon Hee played the role of a tomboy who unexpectedly finds love with a rich heir played by actor Lee Hee Joon who falls for her just the way she is, no transformation necessary, in the KBS drama “You Who Rolled in Unexpectedly” which also stars actress Kim Nam Joo and actor Yoo Joon Sang.

The role called for the actress to cut off her long black hair into a very short bowl cut and, though she is known for her subtle makeup, she wore even less makeup for the role. However, viewers were shocked that her character’s tomboyish look simply brought out even more stunningly her deer-like beauty (in South Korea, the deer is considered very beautiful).

CeCi
Jo Yoon Hee
Ceci-Soompi
You Rolled in Unexpectedly
How does this article make you feel?