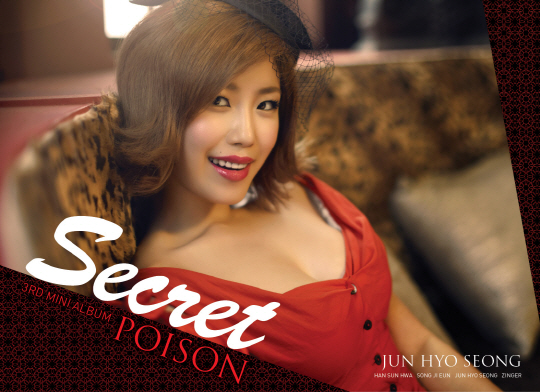 If you haven’t been to our newly launched Soompi Shop, make sure you visit it now! We have all the latest products in K-Pop, from CDs and DVDs, to Soompi exclusive packages as well!

We currently have more than 400 different products in stock, so go ahead and shop for your favorite items now! If you can’t find what you’re looking for, please let us know!

Check out our latest additions below!

Rookie group BTOB (shortened from ‘Born To Beat’) is back with a second mini-album! Titled “Press Play,” the album is composed of various sounds reminiscent of the 90s. The opening song, “Press Play,” features labelmate G.Na and the title song, WOW, revisits the new jack swing style. “I Don’t Know Anything But Love” is an electropop tune while “My Girl” creates a nice contrast as an acoustic song.

This comeback was announced previously last month and the trio has been hard at work, recording songs for their 1st studio album. Since then, not much news was given regarding their comeback until early morning of September 4th when the official Facebook of After School was updated with the three new teaser images. Shedding their cute and innocent looks that won them much love when they debuted with Magic Girl, Nana, Raina, and Lizzy dazzle and look glamorous in elegant and chic attire. Each member also flaunts a different type of lipstick and it will be interesting to see which direction they will go in for this album.

Kim Boong Do is a scholar who had supported the reinstatement of Queen In Hyun when Jang heebin’s schemes resulted in her being deposed and replaced as King Sukjong’s queen consort. He travels 300 years into the future of modern Seoul and meets Choi Hee Jin, a no-name actress who is expecting a career renaissance through her role as Queen In Hyun in a TV drama.

FNC Entertainment‘s first solo female singer Juniel has released her first mini album teaser featuring Jung Yong Hwa today.While we previously reported that she would be debuting with a song produced by CN Blue‘s Yong Hwa, he will also be featured in the song and music video. Juniel gained popularity for winning the Japanese singing competition “Niji Iro Supernova” and has already promoted in Japan. She is known to have played the guitar, composed, and wrote lyrics for songs since she was young.