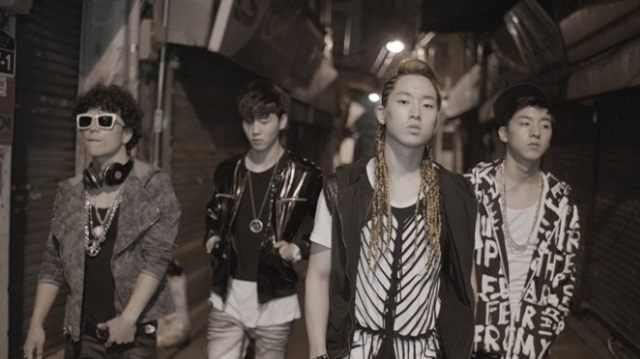 On September 11, in Seoul’s V-Hall (which is located in Hongdae, an area famous for its clubs, hip-hop venues, and indie music scene), DJ DOC member Kim Chang Ryeol’s new boy group Wonder Boyz held their first press conference to introduce themselves and their SBS MTV reality documentary show “Ta-Dah! It’s Wonder Boyz” which will be the fourth season of the “Ta-Dah!” series.

Kim Chang Ryeol said: “Wonder Boyz is a group that knows how to play right on the stage, and together with DJ DOC is getting the basic music fundamentals of hip hop.

Kim Chang Ryeol also said: “Lee Haneul came up with the name…When he was little, he had a game called Wonder Boys. Because when little kids see Wonder Boys they get a feeling of bouncing up and down, as there is an excited and bright meaning, I gave the boys the name Wonder Boyz. …Even though some people say there is a feeling of parodying the Wonder Girls, as opposed to being a parody, because Lee Haneul gave the name, we decided to keep the name Wonder Boyz.”