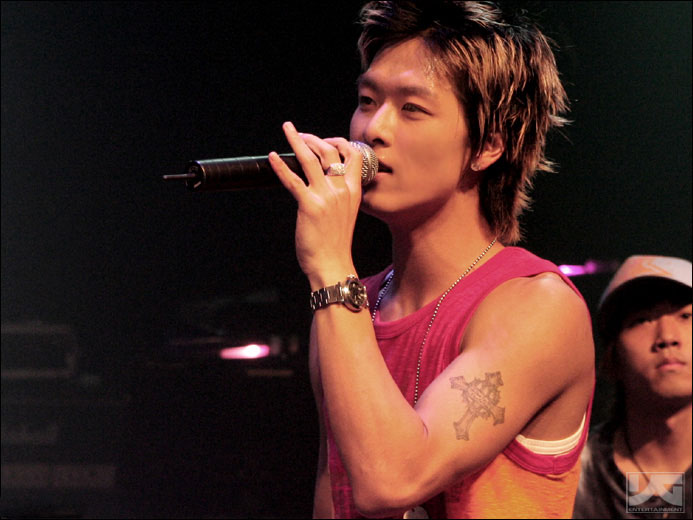 I was reading through a press release about a bunch of new shows coming this fall on Mnet, when one in particular caught my eye: Danny From LA, starring Danny Im, a.k.a. Taebin, from one of YG Entertainment’s early projects, 1TYM. It made me wonder where Danny had been all these years, since 1TYM has been on hiatus since 2006. We hear about fellow member Teddy all the time, as one of YG’s composer/producer extraordinaires, but what ever happened to the lead singer and rapper with the sweet face? In case you need a reminder, here’s 1TYM’s video for their song “One Love” off their 2nd album (2000).

I’ve been working on Soompi for over 14 years now, and I’d never felt the urge to do an interview myself, yet I found my nervous self on the phone with Danny. Both Soompi and 1TYM debuted in 1998, and I felt a certain affinity towards the fellow Korean American that was part of the era of K-Pop that I originally fell in love with.

Naturally, I was worried that he wouldn’t be very responsive to my questions, or just answer them on a surface level, but lucky for me, he exceeded my expectations in every way. We had a very thoughtful discussion on his long relationship with YG Entertainment, the K-Pop industry then and now, as well as what’s next for him.

So, what have you been doing all these years? It’s been nearly 7 years since 1TYM has released an album.
I’ve been at the office (YG Entertainment) working behind-the-scenes in the talent development department. I was involved with the YG auditions we held in Thailand, and have been mentoring the up-and-comers. The kids today have it way better than we did – back then, they didn’t have a good system in place, since 1TYM was only YG’s 2nd group (after Jinusean).

How did you get manage to get discovered? It’s not like they had the aggressive international audition system they have today.
Basically, we got lucky. Teddy and I happened to get introduced to YG (Yang Hyun Suk) while he was visiting LA. We were just a couple of kids at Diamond Bar High School that naturally got into K-Pop since there were so many Asians in the area. It’s not like it was our life-long goal to become K-Pop stars, but the opportunity presented itself, and the entire process happened within a few short months.

What did your parents think of your sudden aspiration to move to Korea as a 17-year-old to become a singer?
They were actually very supportive. In fact, it had been a recurring threat to move the family to Korea, where they would “set me straight.”

Do you still keep in touch with your fellow 1TYM members?
YG has been involved with us for (literally) half our lives. We’re like family – even if we haven’t talked for weeks or months, when we get together, it’s as if we talked the day before. In fact, I just talked to Baekyung last week.

Does that mean we might see a 1TYM reunion sometime in the future?
It’s not something we are planning, but since the group never actually broke-up, it’s not out of the question. [Yes!]

Tell me about your experience as one of the early Korean American idols. I like to imagine some sort of secret club with your fellow Korean Americans, like Eric and Andy from Shinhwa, Yoo Seung Jun, H.O.T’s Tony An, Mickey and Eun Ji Won from Sechs Kies, Mikey from Turbo, etc.
Teddy and I were actually not very social. One of the barriers was that neither of us drink, and you know how in Korea, everyone gets to know each other over alcohol. The other thing was that whenever we were not actively performing, we went back to the States to be with our families. [So much for my fantasy secret club *sadface*]

Back then, was there as much pressure to do the variety show circuit like there is today?
One of the reasons we didn’t really blow up as much as the other groups is that we didn’t do the whole variety show thing. Sure, when we first debuted, we had no choice, but as we got more established and had more control, we chose not to. The good thing was that since people didn’t know our faces as well, we were free to walk around the streets without getting noticed. Of course the downside is that we felt like we were starting over every time we came out with a new album, especially since there was always a year or two between them. This drove us to work hard and stay focused – sometimes it’s good not to get too comfortable.

Let’s talk about some of the hot issues in K-Pop today. What do you think about the K-Pop artists that have been trying to break into the American market, most recently the Wonder Girls and Girls’ Generation?
Here’s the thing – to become a relevant artist in the US, you have to know the American pulse, the culture. Talent-wise, they’ve got what it takes, but they are not able to really grab the audience because they don’t understand what makes them tick. Another thing is that they are trying to do “American” music, which at the end of the day just makes them foreigners trying to emulate their music. In the case of Girls’ Generation, their sheer numbers are overwhelming. Let’s face it, to most Americans, they are 9 girls that look the same, so their individual talents get lost in the wash.

What do you think about the whole Gangnam Style phenomena?
What people don’t know about (fellow YG artist) Psy is that behind that goofy facade is a multi-talented man who puts a lot of thought, time, and energy into his music. He has the Korean pulse – he relates to people and people relate to him. That’s the reason the reality and variety shows are so popular – it makes people feel like the stars are like them. Psy’s explosion outside of Korea can in part be attributed to the fact that he is giving the world a taste of something fresh and different, something that is unabashedly Korean.

Your thoughts on the T-ara bullying controversy?
Even with four members, we (1TYM) bumped heads a lot. Bigger groups must have a much harder time trying to get along all the time. You’re with the same group of people 24/7, often in high stress situations with little sleep – some conflict is inevitable. The same thing happens with siblings and husbands and wives. The fact is none of us will ever know the true details of what happened, outside of those directly involved.

You have a new show coming out on Mnet America, Danny From LA – how did that come together?
I recently moved back to the US with the intention of staying here for a while, to be around family and have a regular life again, outside of YG. I talked to the producer of 2NE1TV, who’s now out here in LA, and we decided to do a show together. We’ll be covering the best in Asian pop culture and entertainment, from the perspective of someone in the industry. The show premieres this Thursday, September 13, at 7pm on Mnet.

Check out Danny’s shout out to his fans at Soompi from the set of his new show:

So there you have it – I hope you enjoyed my first (last?) interview. I’ll admit that the highlight was when I was talking about how 1TYM came out the same year I started Soompi, and he was like, “Wait, you’re the one that actually started Soompi? I thought you would have had one of your people do the interview!”

There’s a bunch of cool new shows on Mnet that you should definitely check out if you are lucky enough to get the channel (click on the “Find Mnet” link):

1TYM
YG Entertainment
Danny Im
Danny From LA
miscellaneous
How does this article make you feel?