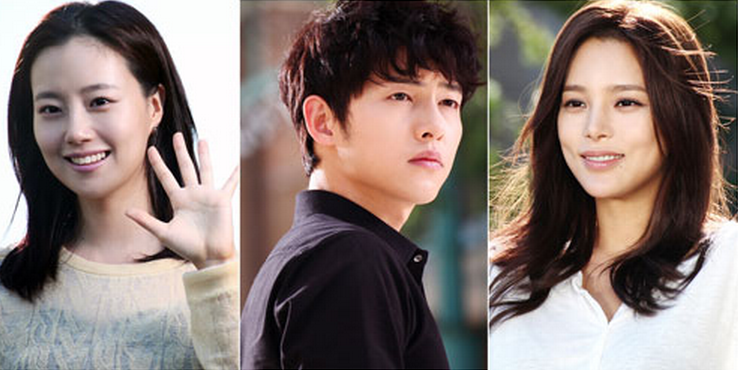 Song Joong Ki started, “Every scene was hard because it was so emotional, but it’s an honor to be working with writer Lee Kyung Hee, and I know it’ll be very meaningful project. I’m looking forward to the premiere.” He continued, “While he’s a cold, heartless character, I’m working hard to put some humanity into him, so please watch.

Moon Chae Won revealed, “At first, the character Seo Eun Ki was so charismatic that I wanted to portray her perfectly. As such, I felt disconnected with her. However, I’m slowly starting to get into character. In this drama, I hope to show everyone an improved and changed character as the drama goes by.

Park Shi Yeon expressed, “I’m nervous and excited because this is my first drama in two years. I will put in my best effort until the last episode. While Han Jae Hee betrayed her love for success, she still has her innocent views about love and pain deep inside. I’ll do my best to express all those emotions so that the viewers can relate to her.”

“Nice Guy” is a classic melodrama involving betrayal, revenge, and romance. The story is about Kang Maru (Song Joong Ki), who gave everything up for the woman (Park Shi Yeon) he loves only to be betrayed by her. To get revenge on his ex-girlfriend, he uses another girl (Moon Chae Won).