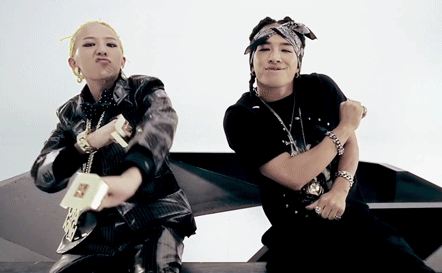 On September 12, Big Bang member Taeyang posted a photograph of G-Dragon and himself on his Twitter account with the following words: “Young G-Dragon and Taeyang (YoungGD & Youngbeezy).”

In the photograph of the two when they were younger, Taeyang and G-Dragon give their best thug poses while staring into the camera. However, the attention of fans was caught not by their expressions but by how fresh and young they were back when the photograph was taken. Fans who are used to their charismatic stage presence and experienced performances were taken aback by how they looked.

Taeyang and G-Dragon went to the same high school and were famous as YG Entertainment’s strongest trainees. The two appeared in Jinusean’s “A-YO” music video in 2001, and then later debuted together as members of Big Bang in 2006.

Big Bang
G-Dragon
Taeyang
twitter
KPLG
How does this article make you feel?