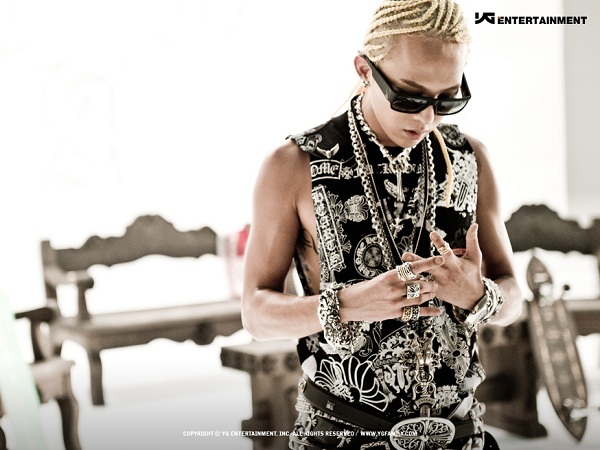 7 K-Pop Albums You Don’t Want to Miss This Month!

It can be tough to keep track of all the new album releases every month, but don’t worry – we’re here to help you find the hottest albums released (or scheduled to release) this month.

From hip-hop to rock, girl groups to drama OSTs, September is shaping up to be another great month for K-Pop aficionados. Remember – you can help support your favorite artists by purchasing these albums at Soompi Shop here!

Flip through the list by clicking the arrow at the bottom right of the top image!

G-Dragon – One of a Kind

Big Bang’s leader is back with his first album in 3 years! This album is stacked with features of some of the top musicians in K-Pop, including Jaurim’s Kim Yoon Ah, Nell’s Kim Jong Wan, Epik High’s Tablo, Dok2, and one of the members from YGE’s new girl group. “One of a Kind” will be released on September 18.

Despite all the controversy surrounding their ex-member Hwayoung, T-ara is back with their sixth album, “Mirage.” This album comes with the catchy title song, “Sexy Love,” their previous single, “Day by Day,” and five other tracks.

FT Island’s fourth album “Five Treasure Box” comes with its title track, “I Wish,” and 9 other rock-inspired songs. The entire album was produced by the five FT Island members, who were actively engaged in the whole designing and planning process.

Secret is back with their first Korean album of the year! This is the group’s third mini album and some with the title song, “Poison.” Secret has been busy with their Japanese promotions lately, but this album is sure to leave a strong impression to all the Korean fans that have been waiting for the group’s return. You can pre-order the album at Soompi Shop!

After School’s unit group Orange Caramel is back with their first studio album, “Lipstick.” Shedding their cute and innocent looks that won them much love when they debuted with Magic Girl, Nana, Raina, and Lizzy dazzle and look glamorous in elegant and chic attire. Each member also flaunts a different type of lipstick and it will be interesting to see which direction they will go in for this album. The album will be released on September 14.

This limited edition is sure to please all the “Love Rain” fans that fell in love with the beautiful storyline transcending generations. It comes with songs by Jang Geun Suk, Girls’ Generation’s Tiffany, and Seo In Guk, as well as music videos of the songs in a separate DVD.

SBS “K-Pop Star’s” finalist Baek Ah Yeon is finally making her debut with a mini album, “I’m Baek.” The title track, “Slow Song,” is already ranking high on online charts, while “Always,” featuring 2PM’s Junsu, or Jun.K, is one of the most anticipated songs of the month.