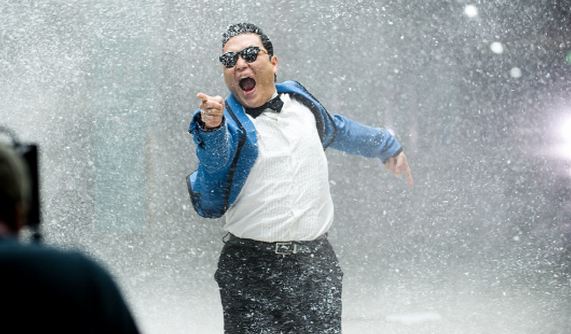 On Friday, September 14, NBC morning show “TODAY” (or “The Today Show”) has booked rapper Psy to perform his hit single “Gangnam Style” on the show for its Toyota Concert Series. Psy will be performing outside of “The Today Show” studio at 49th Street and Rockefeller center in New York City.

However, on Thursday, September 13, ABC morning show “Good Morning America” had a segment on Psy’s success with “Gangnam Style” and covered how widely spread “Gangnam” fever has gone with NFL football players dancing the horse dance in the end zone, showing up in MLB baseball player advertisements, Psy’s appearance at the MTV Video Music Awards, and even with Britney Spears getting a personal lesson from Psy on “The Ellen DeGeneres Show.”