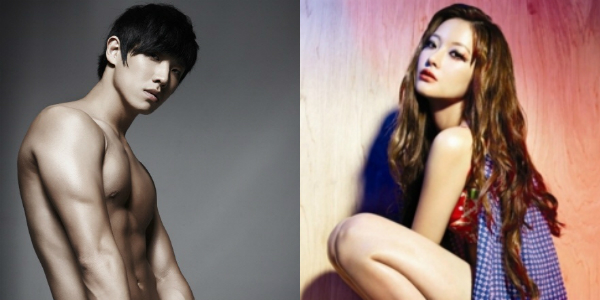 Another virtual marriage begins on September 15. Lee Joon of MBLAQ and Oh Yeon Seo of “You Rolled in Unexpectedly” are set to air their first episode as the third couple on the fourth season of “We Got Married.”

According to reports, versatile idol Lee Joon, known for his singing, dancing and acting has shot his first meeting with Oh Yeon Seo, who has risen quickly as one of the hottest actresses of the moment through her role in the just-concluded ratings hit “You Rolled in Unexpectedly.”

“Destiny is something like this,” Lee Joon is quoted as saying, after their first meeting.

Meanwhile, “We Got Married” undergoes a reformat on its fourth, with the virtual couples now living in a “village.” The first to move in are Julien Kang and Yoon Se Ah. ZE:A’s Hwang Kwanghee and Secret’s Han Sunhwa are the second tenants. As Lee Joon and Oh Yeon Seo begin their married life, an encounter among the three couples is expected.

Lee Joon
MBLAQ
We Got Married
You Rolled in Unexpectedly
Oh Yeon Seo
How does this article make you feel?