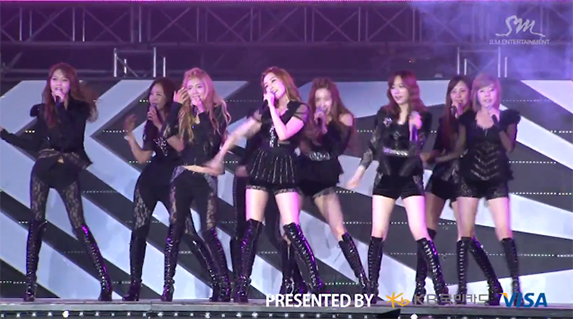 Having taken place on at the Sports Complex in Seoul on August 18, the event featured BoA, DBSK, Super Junior, Girls’ Generation, SHINee, f(x), and EXO. As expected, all the groups performed their hit songs for the event as well as their latest songs that were released over the summer. Since it was an outdoor venue, spectators were also treated to a nice fireworks show during the finale of the concert.