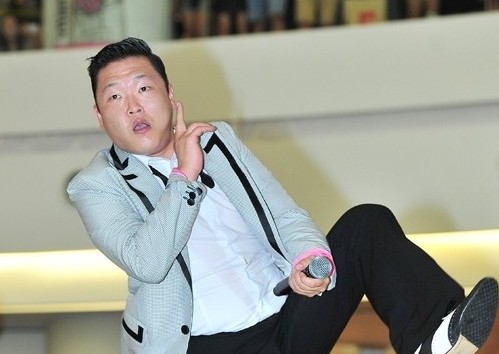 Psy To Perform At “The Today’s Show”

Singer Psy will guest star on “The Today Show,” a daily American morning television show on NBC, on September 14 (EDT). He will perform his ever-so-famous “Gangnam Style” to the delights of fans in the studio and across the nation.

“The Today Show” features Psy on their homepage titled “How to Travel ‘Gangnam Style’” and includes a picture of his viral-hit dance. Here’s the link to the article.

Psy wrote on his twitter, “You gonna watch me performing #GANGNAMSTYLE this Friday in NYC @todayshow pic.twitter.com/r1aqetLb”

The picture shows the iconic horse dance between the phrase, “DRESS Classy, DANCE Cheesy.” This basically summarizes what he tried to explain during his appearance on “The Ellen DeGeneres Show.”

G-Dragon replied to Psy’s tweet on September 12 that he will go to the performance.

Soompiers, what do you think of his motto? Who’s going? Do you think G-Dragon will make a guest appearance at the concert?

PSY
KPLG
Gangnam Style
The Today's Show
How does this article make you feel?