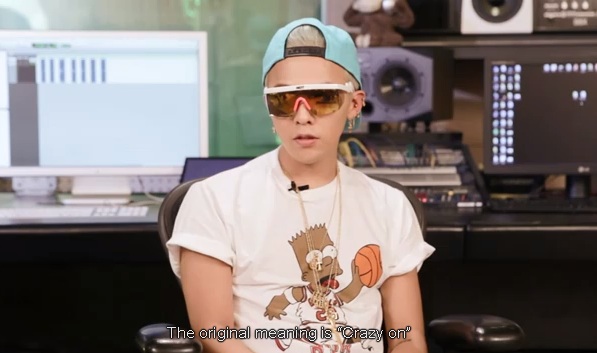 On September 14, G-Dragon released the preview of “Crayon,” the title track of his upcoming solo album, “One of a Kind.”

In the 3 minute video, G-Dragon talks about the meaning behind “Crayon,” as well as the overall concept behind the song and its music video. The tone of the song is very electro-heavy with a good dose of hip-hop and rap mixed into it.

“The first verse has a strong hip-hop feeling. But the plot changes a lot as it goes on. You may be able to get various feelings in this song,” G-Dragon says during the interview.

“Crayon” and its music video will be released on September 15 at midnight. G-Dragon is scheduled to make his comeback on September 16 through SBS “Inkigayo,” where Taeyang will also make a guest appearance on stage.

Big Bang
G-Dragon
KPLG
Crayon
One of a Kind
How does this article make you feel?