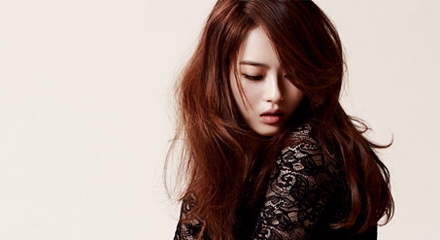 Go Ara Looks Like A Refined Lady Through Latest Selca

Actress Go Ara showed off her beautiful face through her latest selca.

On September 14, she posted several pictures of herself though her twitter, which she took on the set of her latest advertisement shoot. She included the caption, “During the filming for Lirikos. Rawr.” (Author’s note: Lirikos is a Korean cosmetic brand.)

The pictures show Go Ara seducing the camera emphasizing mostly the left side of her face. She’s drawing attention for her blossoming looks and maintaining her beautiful skin. Her hair and make up are receiving a lot of attention as well. She kept her hair long with very mild, natural looking waves. The brown hair blends well with her lighter brown eyes, accentuated by her natural eye make up.

It’s hard to see her environment because of her oversized white hat. Although her face is already known to be small, this prop reminds the public of the fact. She wears a tube-top like white dress with an interesting design on the top where the straps join together on the right side of the dress.

Netizens have praised her pictures with comments, “Her selcas are like a magazine shoot,” “She’s getting prettier as the days pass,” “Her face is really small,” “I envy her face.”

Soompiers, what do you think of the pictures?

Go Ara
KPLG
How does this article make you feel?