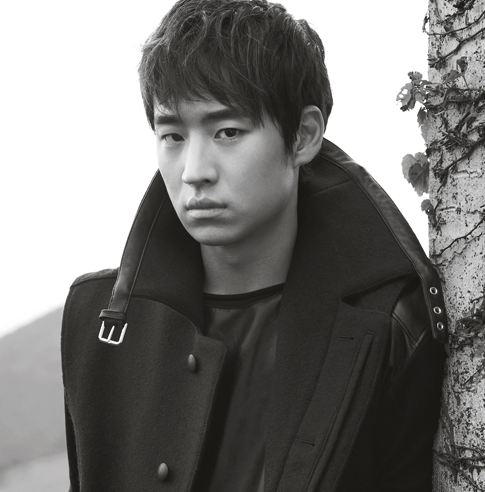 Actor Lee Je Hoon was featured in the September issue of fashion magazine “Elle.” The actor sat down for an interview and a photo shoot in romantic, rainy Jeju Island.

The actor has been extremely busy this year with two movies and a drama out.

Below are some selected excerpts from the interview. Don’t forget to click through the pages to check out photographs from his photo shoot.

On traveling and what he does in his free time, Lee Je Hoon: “My mind is always dreaming about traveling, but up to now my schedule has not allowed me to travel. I have about one day or two days to rest, so I go to the theater or meet friends and acquaintances for tea. My hope is that if I have more time, I can go for long walks.”

On being unguarded in his conversation, Lee Je Hoon: “Because when I meet people it’s such a precious time, I talk start conversations with people first and I express myself. But, when it’s time to focus, I don’t talk a lot. I cannot frequently change back and forth from laughing and talking to then suddenly getting back into the zone and start shooting again.”

On how he got involved with new movie “Ghost Sweepers,” Lee Je Hoon: “The movie “Ghost Sweepers” was a movie produced by my entertainment company, and it was in pre-production process for about 2 years, but came to me naturally. I thought the story was interesting. The problem was that as it was my entertainment company’s work, I wanted to be careful.”

On working with Kim Soo Ro, Lee Je Hoon: “Almost all of the scenes I did with my acting senior Kim Soo Ro were an ad-lib fest.”