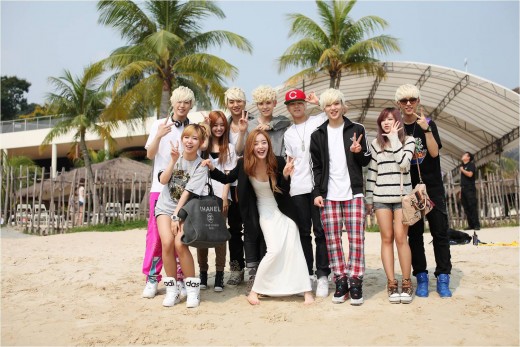 B.A.P and Secret got together for a special group photo with “Brownie,” the dog-shaped doll made popular by KBS “Gag Concert.”

In the photo, TS Entertainment labelmates B.A.P and Secret are seen having a good time with Brownie, who’s character on the stand up comedy show, “Gag Concert,” as a doll that talks with people has become one of the most popular personalities on TV.

Netizens commented, “Who’s Brownie?” “Hyosung lost her juice,” and “They look so pretty together.”

Meanwhile, B.A.P is scheduled to perform with Brownie on stage for KBS “Music Bank” on September 14. Stay tuned for more updates!