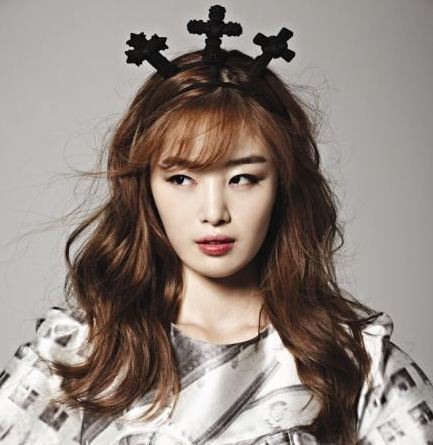 Secret’s Sunhwa, Zinger, Jieun, and Hyoseung are Sexy and Fierce in “Nylon”

Photographs of a photo spread featuring Secret members Sunhwa, Zinger, Jieun, and Hyoseong in the October issue of fashion magazine “Nylon” have been released.

Secret has recently made their comeback with their third mini album “Poison” and have released a music video teaser and the full music video which you can watch on Soompi. It’s been three years since Secret’s debut in 2009, and the girls are well known for their pure and innocent image as exemplified with their concept for their 2011 hit single “Shy Boy.”

But, Secret members have come back with a new sexy mature concept, and have said that they want to be seen not as younger sisters but as sexy mature women.

The photo shoot for “Nylon” shows the girls going in a completely opposite direction from their past retro sweet “Shy Boy” concept. The girls showed a strong, confident, and fashion-forward image in “Nylon.”

A representative for the shoot said: “The pictorial’s concept is daring and risky, though we were worried that the girls might not be able adjust to it, they were completely professional and adjusted well. In the alter part of the shoot, staff for the shoot could not stop praising the girls.”

To view Secret’s photographs from the pictorial, click through the pages on Soompi.