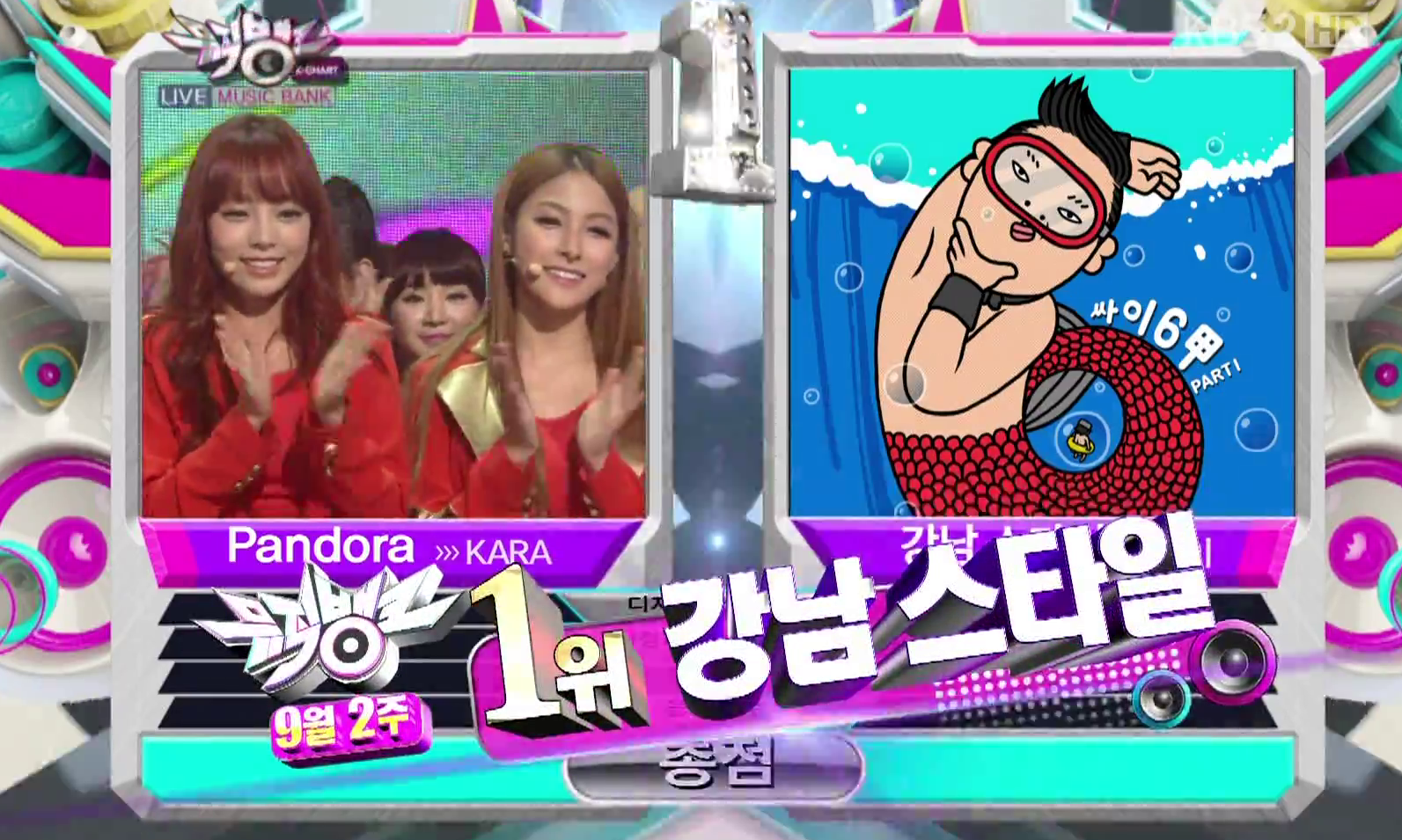 The winner of K-chart this week was Psy with “Gangnam Style” beating KARA with “Pandora.” Congratulations Psy!

Today’s episode of Music Bank already had pontential to be unforgettable when the rumour got spread that B.A.P has kidnapped the plushie-dog Brownie made popular by KBS “Gag Concert.” And B.A.P are not a band to disappoint, so they actually brought Brownie onstage with them during their performance of their newest hit “Crash”!

Enjoy the performances below. Congratulations once again to Psy!

Lee Jang Woo – “Words I Could Not Bear To Say”

B.A.P Backstage (being super cute and childish with Brownie)