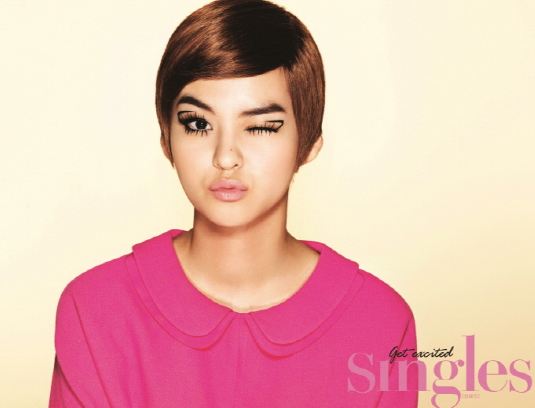 Photographs of a photo spread featuring actress Kim Yoon Hye (also known by her former stage name Woori) in fashion magazine “Singles” have been released. Kim Yoon Hye reinvents herself as famous British model Twiggy who was one of the faces of swinging sixties London and was known for her androgynous look, pixie cut, large eyes, long eyelashes, and thin figure.

Actress Kim Yoon Hye made her debut in the entertainment industry as a model at the young age of 12 years old in fashion magazine “Vogue.” The actress then found popularity with her modeling work but has, as many models do, set her sights on making her mark in acting.

To view Kim Yoon Hye’s photographs, click through the gallery on Soompi.