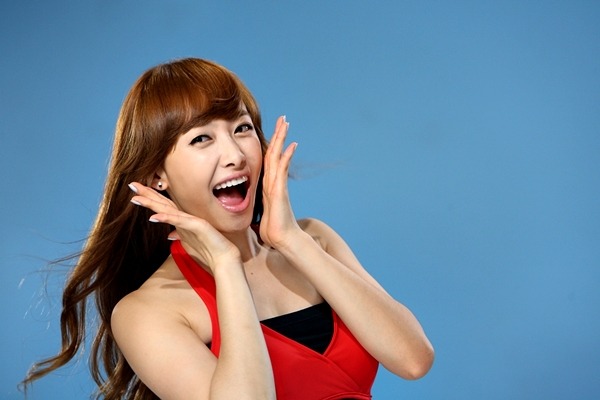 Victoria of f(x) stuns in striking colors for the new advertisements of a makeup brand. The girl group leader is the main model for IPKN Beauty’s 2012 fall-winter season campaign. A photo of her sporting the colors of the season was recently released.

In it, Victoria is wearing sparkling eye shadow and red lipstick, emphasizing her lips. The focal point of the pictorial is lips. Victoria attracts attention with the impressive Red Pearl shade and the intense pop of color makes it even more flattering.

The shoot’s concept was carried out in an atmosphere with dimly-lit background to portray the pop star in brilliant light. Reports also quote on-site staff who praised Victoria saying, “A pop diva seemed to appear.”

Victoria is currently working on her first acting project. She is starring in the Taiwanese weekend drama “When Love Walked In,” which currently tops the ratings.

f(x)
Victoria
KPLG
IPKN Beauty
How does this article make you feel?