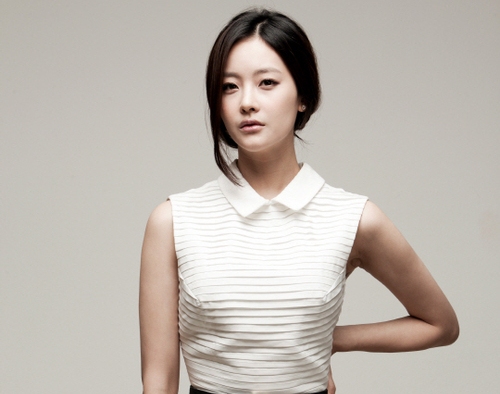 New “wife” Oh Yeon Seo is undergoing an image transformation as she begins her virtual married life with MBLAQ’s Lee Joon on the fourth season of “We Got Married.” The actress is now beginning to move away from the image of the snobby and bratty Mal Sook, the character she played in the just concluded top-rating weekend drama “You Rolled in Unexpectedly.”

On her first appearance in “We Got Married,” Oh Yeon Seo radiated a feminine and youthful charm, a side of her that was previously unrevealed. Like her virtual husband, Oh Yeon Seo also debuted as an idol, with the girl group LUV in 2002, before pursuing an acting career that has started to rise with her role in “You Rolled in Unexpectedly.” The role has attracted both interest and dislike for the grumpy, naughty sister-in-law character, but has given Oh Yeon Seo a chance to be a household name that is known among both male and female viewers across generations.

Viewers and “We Got Married” fans are looking forward to how Oh Yeon Seo will reveal her different sides and charms, as well as how her relationship with Lee Joon plays out. Lee Joon and Oh Yeon Seo’s first episode aired on Sept. 15.

Lee Joon
We Got Married
KPLG
You Rolled in Unexpectedly
Oh Yeon Seo
How does this article make you feel?