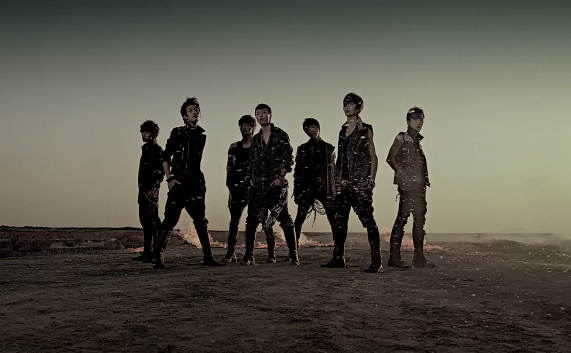 With their debut single set to be released in two days, upcoming group 100% has revealed their second teaser video for “We, 100%.”

Adding on to what we saw from the first teaser, we get to more hints as to how their song and music video will be like. As they are dancing in a flaming desert, smoke and ashes are flying all around.

We wont have to wait much longer to see the full music video as their debut single will be released on September 18.

Created by TOP Media, they are label mates alongside established Teen Top. The members of this seven member group are Minwoo (leader), Rocky, Jonghwan, Chanyong, Changbum, Hyukjin and Sanghoon. Rocky was previously a member of TOP Media’s 2009 group Jumper.

What do you think about the group so far?

debut
TOP Media
100%
How does this article make you feel?