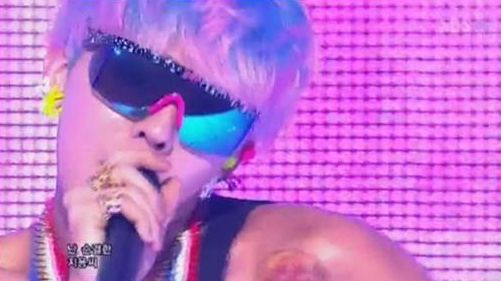 After the event, G-Dragon posted on his Twitter account a picture of himself as a teddy bear with the words: “After faint.”