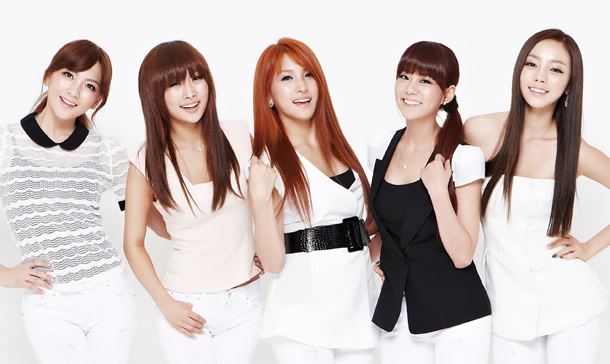 Girl group KARA proved that they can have fun and chill even during promotions.

On September 16, Kara’s Nicole posted a picture of their hang out on twitter with the caption “It’s been a long time having a meal with just the members.”

The girls aren’t wearing their stage outfits, but have put on more comfortable, casual clothes. It’s noticeable that Kang Ji Young sheds off her charismatic look she’s been wowing the audience through “Pandora” and instead displays her make charms with her bright smile.

Park Gyuri, adored as the goddess with their fans and known as one within the industry, sports long wavy brown hair and displays her feminine charms through her outfit choice. She chose to wear a black cardigan on top a black, buttoned up shirt. Another picture reveals Han Seungyeon and Goo Hara shows they’re just like us trying their best to wait patiently to eat because their friend wants to take pictures for memories before they chow down.

Soompiers, what do you think of their friendship? Do you have friends who often takes pictures before you eat?

KARA
KPLG
How does this article make you feel?